Last month we featured an interesting project from Hackaday.io that was essentially trying to recreate the iconic Blackberry form factor for use with Adafruit’s line of Feather development boards. This would let you drop in modules for everything from LTE to packet radio, opening up a nearly limitless possibilities for handheld hacking. The only problem was, it didn’t actually exist yet.

But recently creator [arturo182] wrote in to tell us that not only had all the parts arrived, but that he’d completed assembly of the first prototype. He even put together a video about the current status of the device, which you can see after the break. The short version is: it works, and it looks fantastic.

For those who might not have seen this project the first time around, the front features a 2.6 inch 320×240 touch screen display, four general purpose buttons, a RGB NeoPixel LED for visual status display, a five way joystick, and what’s arguably the star of the show, a QWERTY keyboard originally designed for the Blackberry Q10. Around the back it has an SD card slot, a socket for the Feather module of your choice, and some handy GPIO expansion pads you can attach your own hardware onto.

[arturo182] says he’s looking at a couple cosmetic changes, but on the whole, everything works and he considers the PCB essentially done. He’ll soon be sending out a handful of test units to individuals who’ve expressed interest in helping him develop the project and then…well, he’s not really sure what’s going to happen then. Some kind of commercial release seems like the logical conclusion given the interest he’s already seen in the project, but he hasn’t quite worked out whether that will be a kit or as assembled devices.

Until then, anyone who’s looking for a pocket sized device that will let them bang out some Python with a physical keyboard will have to stick with their TI-83s. 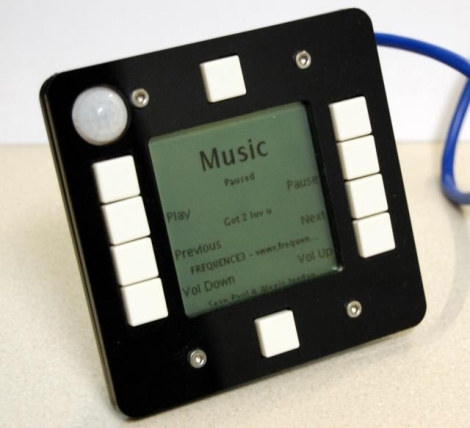