Xenozoic Tales is an alternative comic book by Mark Schultz set in a post-apocalyptic future.[1] Originally published by Kitchen Sink Press, the series began in 1986 with the story 'Xenozoic!' which was included in the horror comics anthology Death Rattle #8. This was shortly followed by Xenozoic Tales #1 in February 1987. Kitchen Sink published 14 issues between 1987 and 1996 and it has since been reprinted by several publishers, including Marvel Comics, Dark Horse Comics, and Flesk Publications.

The series was well-received and in the early 1990s it won four Harvey Awards[2] and three Eisner Awards.[3] Despite this, issues started to be released further apart, eventually ceasing mid-story arc in issue #14.

Schultz's illustrated novella, Storms at Sea, published in 2015 with Flesk Publications, includes details which appear to provide a back-history of the circumstances that led to the creating of the world as shown in Xenozoic Tales.

The original publication of Xenozoic Tales ran irregularly from 1987 until 1996, often with multiple years taking place between issues. The final issue, #14, ends in the middle of a story arc. While there is no time-frame, in 2012 Flesk Publications revealed they had tentative plans with Mark Schultz to create an additional 80 pages of story to complete the current story arc.[6] The most recent mention of this is in the last pages of the Flesk collection Xenozoic where it states 'The adventures of Hannah Dundee & Jack Tenrec will continue. Look for more mystery, mayhem, & intrigue in future Xenozoic stories!'[7]

In 1990, under the banner of Epic Comics, Marvel Comics began reprinting Xenozoic Tales in full color under the title Cadillacs and Dinosaurs. These editions had completely new covers;[8] however, only the first six issues were reprinted and the series ceased publication in April 1991. As of yet, these colorized versions have never been released in a collected form.

In 1994, Topps Comics began running their own continuation of Xenozoic Tales, also under the title Cadillacs and Dinosaurs. The series only ran for one year, in which they released nine issues. The stories were designed to complement the original series, taking place between in the midpoint of the story 'Lords of the Earth' in Xenozoic Tales #10, right after Wilhelmina Scharnhorst is elected governor, but before Jack has been driven into exile. In the original story, that moment lasts for only a few minutes, but Topps Comics sought the permission of Mark Schultz to turn it into a 'moment that stretches'.[8] While Mark Schultz did not write or draw any of the comics released by Topps, he was consulted on some of the story arcs to make sure they were kept as true to his vision as possible.[8]

The series ran three main story arcs over the course of nine issues before 'going on hiatus' right before the release of Xenozoic Tales issue #13.[9] A fourth storyline titled 'Hammer of the Gods' was in the works, being drawn by David Roach,[9] however, it was never released.

In the storyline, Earth has been ravaged by pollution and natural disasters of all sorts. To escape this, humanity built vast underground cities in which they lived for approximately 500 years. Upon emerging, the humans found that the world had been reclaimed by previously extinct lifeforms (most spectacularly, dinosaurs).[10] In the new 'Xenozoic' era, technology is extremely limited and those with mechanical skills command a great deal of respect and influence.

The two main characters of the series are mechanic Jack Tenrec and scientist and love interest, Hannah Dundee. Tenrec operates a garage in which he restores cars, particularly Cadillacs. Given that the post-apocalyptic world no longer possesses the ability to refine oil, Tenrec modifies his cars to run on dinosaur guano. These cars, of course, are frequently chased by rampaging dinosaurs in pulp style action-adventure stories.

Other characters include various criminals, politicians, scientists, and inventors who populate the dystopian world of tomorrow. There is also a race of reptilian humanoids called the Grith who cannot speak in a human language but instead communicate by spelling words with Scrabble tiles. These creatures have befriended Tenrec, and apparently have the ability to communicate telepathically with the dinosaurs. Added into the mix is Hermes, an Allosaurus Jack raised, and who basically acts as the most threatening guard dog one could ask for.

In the Xenozoic Tales universe, the humans have developed their own names for prehistoric creatures. Below are the names used in the comics and the real-life creatures they refer to.

The setting of Xenozoic Tales is along the Eastern coast of North America during the mid-27th century, most of America's cities having been destroyed during the Great Cataclysm, with a few surviving.

In 1993 Nelvana adapted Xenozoic Tales into an animated television show for CBS Kids.[4] The show lasted for one season of thirteen episodes.[12] While not a direct adaptation of the comic book series, many of the episodes featured stories taken directly from Xenozoic Tales. The show has developed a cult following and is currently available to watch in the U.S. through Amazon Video.[13]

The original series has been collected multiple times, starting with Kitchen Sink Press in 1989, Dark Horse Comics in 2003, and eventually being collected in a single volume by Flesk Publications in 2013. Flesk also released a limited edition hardcover of the book after raising funds through Kickstarter.[14] An Artists Edition was released by IDW Publishing in August 2013 and contains oversized reprints of the original art from issues #9–14 of the series.[15] While these collections all contain the complete original series written by Mark Schultz, only the Kitchen Sink Press releases contain the backup stories drawn by Steve Stiles, though in 2012 Flesk Publications made it clear they were hunting for the original art from his stories for a future release.[6]

The Epic Comics colorized issues and the Topps Comics series have never been released in collected form. 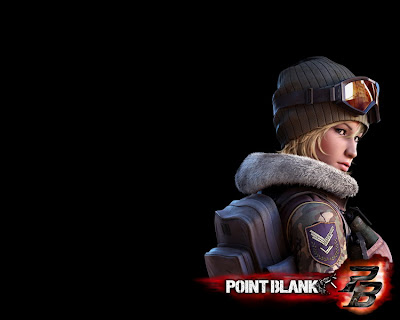